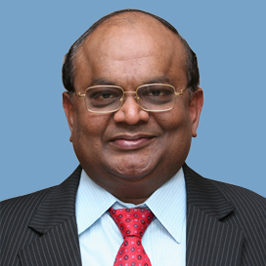 Designed and invented 8 types of Custom Mega Prosthesis which have been Patented and 15 Prosthetic designs have been registered with the Controller General of Patents.

Achievements in Orthopaedic Surgery at the Dept.of Government General Hospital

He has also been instrumental in starting the Bone Bank at the Government Rajiv Gandhi General Hospital, Chennai. Cadaveric Bones will be processed and made available as Allografts for the poor and needy patients attending the Public Hospitals in Chennai.

Recently he has submitted the project on “Disaster Management Health Care Perspective” to the Government of Tamil Nadu (2006) and Ministry of Health, Government of India (2006). This pilot project outlines Hospital protocol for the management of major disasters and mass causalities. This will be a model to be followed in all hospitals in India.

TO AVOID CRITICISM SAY NOTHING, DO NOTHING AND BE NOTHING

WHAT DO YOU DO AS SOON AS YOU ACHIEVE A GOAL? SPOT A NEW ONE.